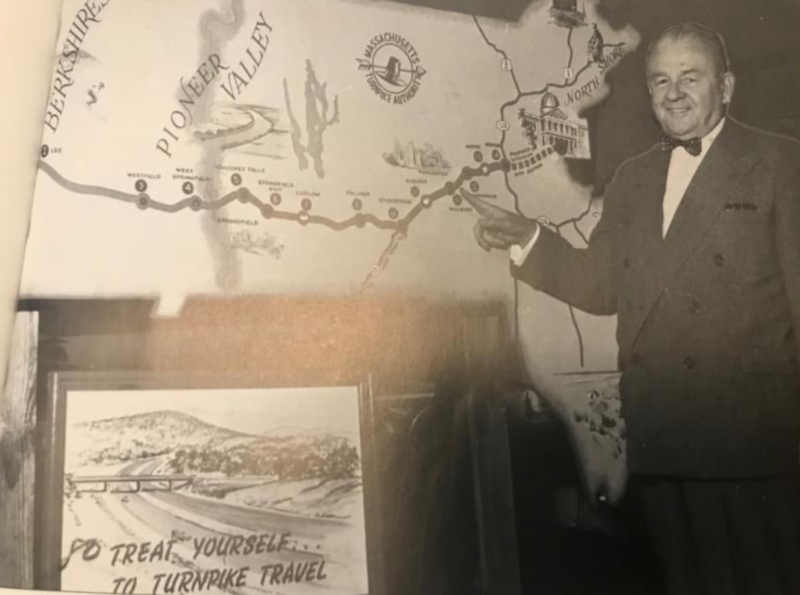 Welcome to the fourth issue of Appraisal Insights! We’ve launched this newsletter to share customer stories and illustrate the power of real estate appraisals to provide valuable property and market insights.

The picture above is of William Callahan, the man responsible for the construction of the 123 mile Massachusetts Turnpike. Before the elevated roadway opened in May 1957, Boston was suffering from economic malaise due to deteriorating railroads and a decaying seaport in a state where it was difficult to transport goods and services. Many credit the toll road for reviving the region’s economy so that Boston could become a world class city. Here Commissioner Callahan points to Worcester, the city that was bypassed by the turnpike to much consternation. Because he hired 33 contracting companies to work simultaneously, it took only two years for the roadway from Exit 1 in the Berkshires to Exit 14 at Route 128 to be built. It wasn’t until February 1965 that the 12 mile Boston extension from Exit 14 to the downtown was completed.

In our dramatically appreciating housing market, we often fixate on the increases. It fascinates us that the median sale price of a 4BR home in Canton is $675,000 and the average monthly rent of an apartment in Greater Boston is $2,874. The numbers alone seem like signs of progress. After all, why shouldn’t someone who took care of a home for 25 years benefit handsomely and enrich their retirement? But as a whole, such numbers are signs of an unrelenting housing crisis.

Those are the conclusions of the Greater Boston Housing Report Card 2017, a Northeastern University undertaking that Barry Bluestone, the founding dean of the School of Public Policy and Urban Affairs there, arrived at after careful study. (The other author of the study is James Huessy). The good news is that Greater Boston has reached nearly full employment, with 284,000 jobs added since 2009. About 350,000 jobs were added during that time period to the state as whole. But with housing costs increasing by 5% per year and family income going up by only 1%, the percentage of income spent on housing has become astronomically high. The report estimates that the average annual rent in Greater Boston is now $35,000 and the average household income is $62,000.

The report explains that the housing being obtained for such high rent wasn’t built to fit the needs of its tenants. Bluestone focuses on the triple decker, the miracle structure that saved Boston from the housing crisis of 1870 to 1920. With immigration, the population had tripled from 250,000 to 750,000. The three families were cheap to build and had the attraction of additional income. They allowed the working class to establish a foothold here.

In Boston, Somerville, and Cambridge, 40% of the combined housing stock are triple deckers. What Bluestone calls Boston’s Inner Core (those three cities) has almost 74,000 students who live off campus, more than half of them graduate students. “Millennials are doubling, tripling, and quadrupling up triple deckers, outbidding working families for what was traditionally working family housing,” the report states. But for how long do people in the 25-34 age range want to live with multiple roommates? Prices have been driven up so high that there’s nowhere for them to go. Housing inventory is so low that the market sometimes seems to be standing still.

Only new construction can help moderate housing costs and provide a better fit for the 725,000 who are expected to inhabit Boston in 2030. The city has about 675,000 inhabitants now. Bluestone and Huessey suggest a long-term collaboration between leaders in the political, banking, construction, medical, and academic fields. Their idea – 21st Century Villages that include micro apartments, common shared spaces, and ground floor retail – are detailed in a YouTube clip entitled Greater Boston Housing Report Card 2017. Stay tuned for Part II of this article in an upcoming issue, in which I’ll focus on Mayor Walsh’s ambitious housing plans for the city and how Bluestone and Huessey hope leaders in surrounding communities will emulate him. 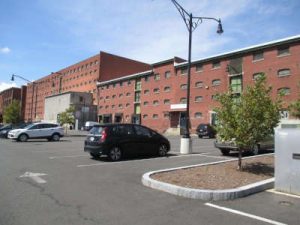 The Keystone Mill in Easthampton in Hampshire County houses INSA, one of the first stores in the state to sell recreational marijuana legally. This brick building was repurposed from an old factory and now has multiple tenants. Next door, a similar building, The Brickyard, houses a brewery tenant that recently expanded its bar and function room space. The upper stories of both buildings may one day include apartments.