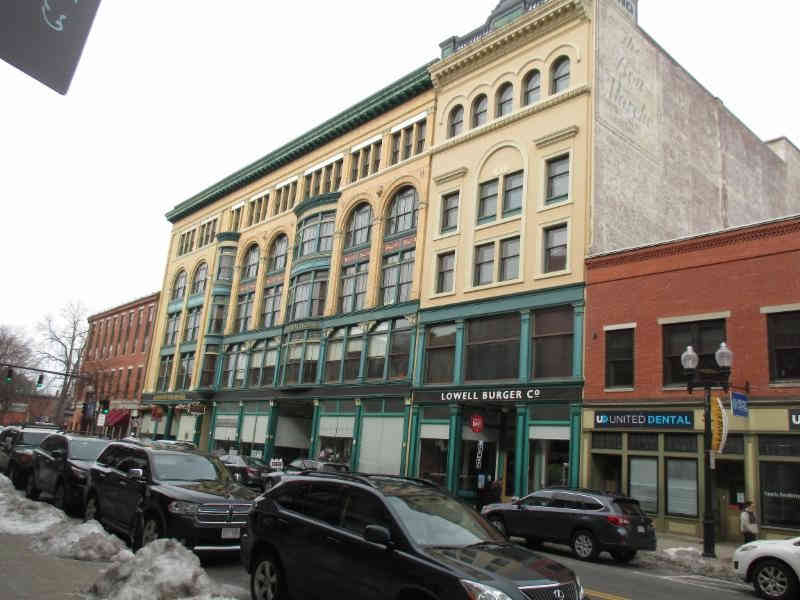 Welcome to the fifth issue of Appraisal Insights! We’ve launched this newsletter to share customer stories and illustrate the power of real estate appraisals to provide valuable property and market insights.

The picture above is of the old Jordan Marsh department store in downtown Lowell. The property is known as the Bon Marche’ (translated as “bargain price”) building because that was the name of the department store that occupied the property from 1887 until the Jordan Marsh company took it over in the 1970s. Jordan Marsh went out of business in the mid 1990s. The property was refashioned into office and retail space and now houses, among other tenants, the Lowell Public School administrative offices.

Two recent stories in the news show how the housing crisis affects the old and young. The first is about how cruel the effects of gentrification can be, the second about how landlord mismanagement continues to plague students seeking livable dormitories and off-campus housing.

Story 1: A Princeton University study estimates that 43 tenants per day are evicted in Massachusetts. It’s almost double what the rate was in 2005. Boston Globe Magazine profiled one tenant facing eviction. Jerome Stanley, 64, a Boston school bus driver, was evicted from his Roxbury apartment after living there for 27 years. New landlords were seeking to raise his rent by 70%. He couldn’t afford it and became one of an estimated 20,000 people in the state who are homeless. “Close your eyes and imagine the joy you have with your work, look at your home and imagine the time you have with your children,” he wrote the Globe, “. . . then tomorrow suddenly after 30 years it’s gone.” A link to the story detailing how he represented himself in housing court is below.

The second story is about the calamities that befell students occupying the first-ever dorms at UMass Boston. The two new dorms, which opened in Fall 2018, have 1,077 beds. In the first weeks of school, elevators with students inside abruptly fell several floors. According to the Boston Globe, “water shot out of one toilet when you flushed another . . . the rooms are often stifling hot, but the showers are frigid . . . and the hamburgers in the dining hall are sometimes raw.” A link to the story, in which the development company tries to explain what happened, is below.

These two stories are linked because they illustrate the need for a coordinated approach to dramatically increase not just housing, but housing that fits the needs of the region’s changing population.

Suffolk County’s population has increased by 9% since 2010. Boston’s population of 675,000 is expected to increase to 725,000 by 2030. Mayor Marty Walsh has pledged to increase housing by 53,000 units during the interim. His initiatives have gained momentum, according to the Greater Boston Housing Report Card 2017 from Northeastern University.

One sign of progress is that there were 12,900 permits issued for new structures in Greater Boston in 2017. Two-thirds of those were for multi-families. Also in Boston, the wait time for new building permits has decreased from 425 to 120 days.

There are few other signs of progress. Home prices continue to soar. Rents, the fourth highest in the country, show some signs of the leveling off and decreased slightly (<3%) in 2017 after increasing 6.9% per year from 2009-2016. Inventory of both single family houses and apartments are at record lows.

Barry Bluestone and James Huessy, the authors of the Greater Boston Housing Report Card 2017 study, are calling for a more coordinated approach. Their 21st Century Village concept calls for housing that fits the needs of Boston, which increasingly is becoming younger ~ students and Millennials ~ and an aging population ~ people like Jerome Stanley, many of whom live by themselves.

Bluestone and Huessy think the units need to be built quickly but worry that cities and towns will fail to take a coordinated approach. I have seen little in the news that suggests that leaders, with the exception of Mayor Walsh, are endorsing the plan. The study’s main points are that: